ABU DHABI – The UFC returned to the newly infamous “Fight Island” this weekend with a great night of fights headlined by two title fights ending in the second round.

In the main event, Israel “The Last Stylebender” Adesanya put on a clinic against what many would consider his most dangerous opponent yet in Paulo “Borrachinha” Costa. Adesanya immediately began attacking the lead leg of Costa to slow down the forward movement of the challenger. After much visible damage to the lead leg of “Borrachinha”, Adesanya began throwing head kicks as well. The champion won the first round convincingly after landing clean shots and avoiding almost all shots from the challenger. In the second round, Adesanya continued with the same output and Costa began attempting to get in on the champion. Each time he rushed in, Adesanya made him pay. The last time Costa rushed in, that payment was the chance at the title as “Stylebender” clipped Costa on the ear knocking him down and then finished him with ground-n-pound.

His next fight will most likely be decided on October 24th after Robert Whittaker and Jared Cannonier meet in the octagon in the co-main event of Khabib vs. Gaethje. The winner of that co-main will be, barring any crazy circumstances, Adesanya’s next opponent. But I have to be honest… After seeing how easily Adesanya was just able to take out Costa, I don’t know if we will be seeing that belt change hands anytime soon!

In the co-main event, for the first time since 2011, the UFC crowned a Light Heavyweight champion that was not named Jon Jones or Daniel Cormier. That champion was Jan Blachowicz after unleashing a devastating left hand on the betting favorite Dominick Reyes. Blachowicz immediately took it to “the Devastator” and landed hard kicks to the body throughout the entire fight leading up to the finish. Reyes had his moments of clean shots landed in parts of the first round, but the tale of the fight was told by Blachowicz’s crisp striking and control of the fight. In the second round, Blachowicz landed a devastating left hand that completely took away Reye’s equilibrium, and finished the fight with some ground-n-pound.

Some 1st round action in the Co-Main Event, including a big left body kick from Jan Blachowicz. Chess match going on between the two LHW's #UFC253 #UFC pic.twitter.com/1zMresKa3U

I would like to see him fight Jiri Prochazka next. Prochazka entered the UFC with a bang after knocking out the always durable Oezdemir. This would be great matchup for both guys. Reyes can work his way right back to the being one fight away from the title with a win, and Prochazka can catapult to contendership as well with a win over Reyes.

In this premier flyweight fight, a crazy back and forth battle ensued. In the first round, Kara-France landed some devastating shots that rocked Royval. After being rocked, Royval answered back with a devastating spinning elbow that rocked Kara-France. The fight then ended up on the ground where Royval’s unbelievable jiu-jitsu kept Kai Kara-France constantly on the defensive. Brandon Royval almost locked in a gogoplata and then an omoplata but was unsuccessful before the round concluded. Then quickly into the second round, Kara-France went for a takedown and Royval grabbed onto a guillotine that he used to ultimately finish the fight.

Some huge shots in the opening round! What a sequence! #UFC253 #UFC pic.twitter.com/mlZxGx5MxD

More action from the first. Great knee from Royval and what an incredible fight! #UFC253 #UFC pic.twitter.com/CoF0VfqXUZ 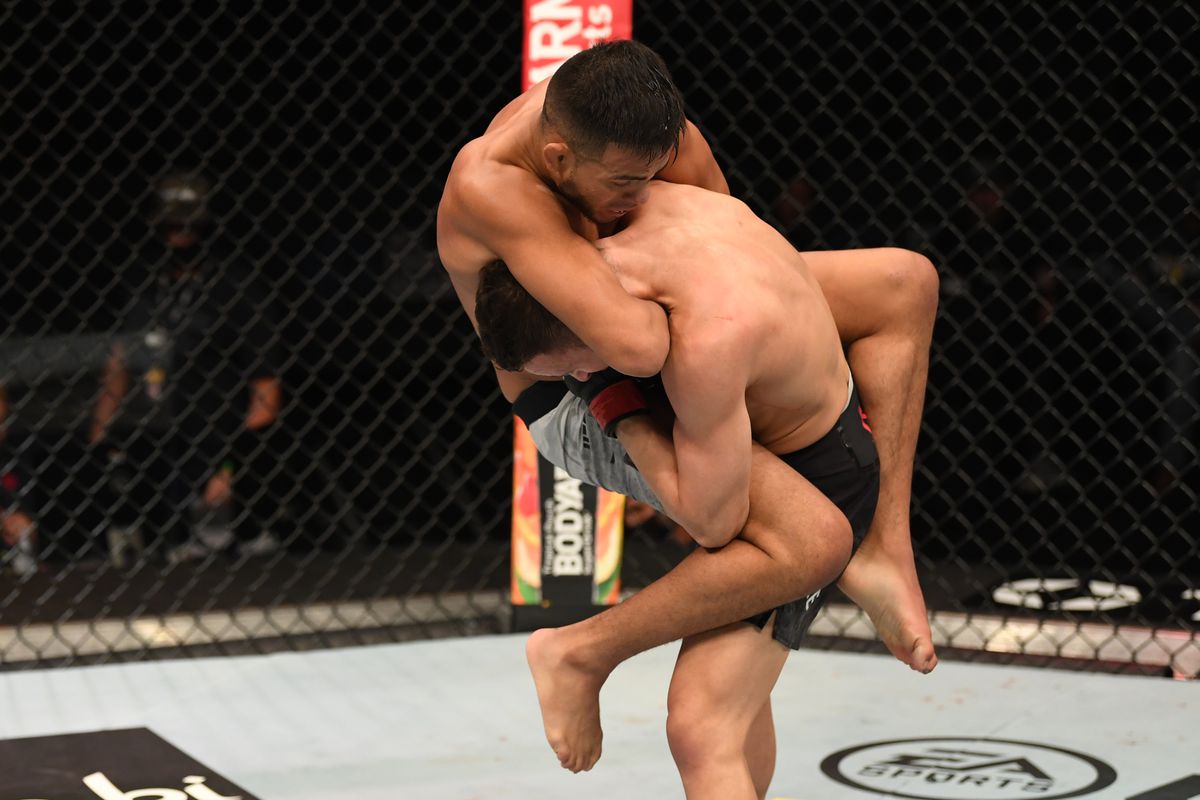 The perfect fight to make now is Askarov vs. Royval. Askarov is coming off of a good win over Pantoja and a fight with Royval could catapult either guy into title contention. The winner of Moreno and Perez will most likely get the next title shot after Garbrandt vs. Figueiredo takes place. However, the winner of an Askarov and Royval fight would for sure be a title eliminator and put either guy one fight away from the title shot.

Jussier Formiga vs. Kai Kara-France is the next fight to make. Both are coming off of losses to top competition and have had trouble against the best the Flyweight division has to offer. This fight would push the winner back into matchups with the top of the division and get a victory under one of these guy’s belts.

In this premier Women’s Bantamweight fight, Ketlen Vieira took on Ultimate Fighter Champion Sijara Eubanks in a very impressive performance from the former. Vieira was able to control the fight on the feet and outgrapple “Sarj” to earn herself a clear unanimous decision victory.

In the opener of the main card we saw Hakeem Dawodu attempt at getting into the rankings with a fight against Zubaira Tukhugov. The fight was a very close slugfest with one judge giving it to Tukhugov 2 rounds to 1, but Dawodu was able to pull off the split decision victory over the seven-fight UFC veteran.

That's 5 in a row for Calgary's own! 🇨🇦 #UFC253 pic.twitter.com/MuUpztfRfz

Jan Blachowicz def. Dominick Reyes via TKO in Round 2 (4:36)